Donald TeelDonald Teel is the Founder and Editor of iVoteAmerica®.. He has been an Arizona resident since 1960. He is a commercial real estate broker, private pilot, photographer and an avid reader of America's history.

Melania Trump is an immigrant, a famous immigrant, and an oft-snubbed and ridiculed immigrant. She is an immigrant first lady, a powerful dimension not often seen in wives of U.S. presidents. The only other foreign-born first lady was English-born Louisa Adams, wife of John Quincy Adams, the sixth president of the United States.

Melanija Knavs was born in Novo Mesto, a city in southeastern Slovenia, to Viktor and Amalija Knavs. She grew up in Sevnica, a small, industrial town on the banks of the Sava River in Slovenia. The city has been made famous now that one of its own has become the first lady of the United States of America. Novo Mesto and Sevcnica are a world away from New York City, but of course, we now know Melanija Knavs as Melania Trump, first lady of the United States and wife of the 45th U.S. president. 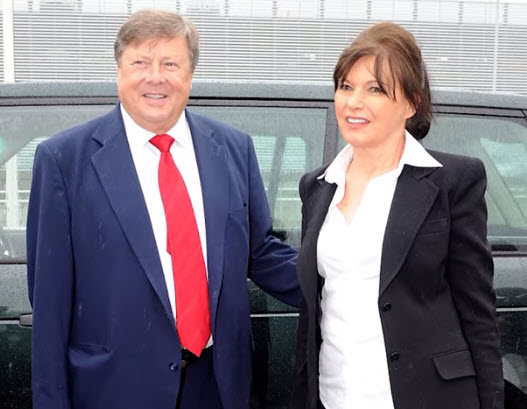 Melania’s childhood was decidedly commonplace. Her father, Viktor, was a car and motorcycle sales manager, and her mother, Amalija, was in the children’s clothing business.

It was there that Melania’s fashion career found its early genesis, with a five-year-old Melania serving as a model in local fashion shows. 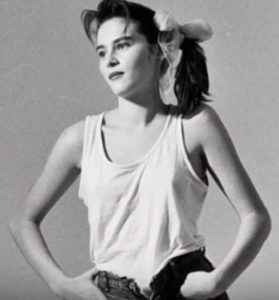 Her early start in fashion took root in Ljubljana, Slovenia’s largest and capital city, where she briefly attended the Secondary School of Design and Photography. Melania’s formal commercial modeling career commenced at age sixteen, and at eighteen, she signed her first modeling contract. This would be followed by modeling stints in Milan and Paris, where she learned to speak Italian and French, two of the six languages she speaks fluently.

During Melania’s early career, what we now know as history was already percolating. Her agent, Paolo Zampolli, who happened to be a friend of a certain New York billionaire, pointed her west.

In 1996, Melania received a work permit to model in the United States and headed straight for New York. Little did she know, this would be a move that would change her life and impact the history of the United States.

With the relationship between Donald Trump and Marla Maples on the wane, dominating New York society scandal sheets, history came knocking at the door of Melania Knavs.

At a Fashion Week party in 1998, Zampolli introduced his billionaire friend to his supermodel client. To her credit, when Trump first asked for her phone number, Melania refused, instead she asking for his. Later, in 2000, she began to appear publicly with Trump.

In 2004, at a star-studded affair at Mar-a-Lago, she married Donald J. Trump, her first and only marriage and his third. In March 2006, now-Melania Trump gave birth to their only child, Barron William Trump.

It would be a short ten years before Melania and Donald would descend the escalator at Trump Tower in New York City to announce that he was running for president of the United States.

Melania is the first immigrant Catholic to reside in the White House. Interestingly, he father, who held to the state doctrine of atheism allowed Melania and he sister to be baptized as Catholics.

Melania’s 4,236-mile journey from Slovenia to America is a storied tale of immigration, one that should be heralded. Yet, Melania finds herself the brunt of political ridicule and mockery from the left. It started with the gold-buckled belt she wore on her first foreign trip to Saudi Arabia as the first lady.

As Melania stepped out of the door of Air Force One to begin her descent down the stairs, it became obvious to the watching world that Melania Trump was a fashionable First Lady. Of course, little did anyone know, Melania understood the Saudi royalty as being particularly fond of gold and its representation of wealth and power. This was just the beginning of Melania’s troubles over style, there would be more, much more.

Then, there was the media’s drubbing of Melania for wearing high heels during her disaster-relief tour of Houston, Texas following the devastation caused by Hurricane Harvey. The relentless media made a headline out of Melania’s shoes and mocked her mercilessly, but the first lady took it all in stride. This was just the beginning of Melania Trump establishing her own standards for the attire of the office of First Lady.

As if a gold-buckled belt and high heels weren’t enough, Melania sent out another fashion statement to the world during her recent trip to Africa. She was ridiculed for wearing what some in the media regarded as a colonial safari hat. Worse yet, it was white…which the liberal media naturally deemed an indicator of latent racism.

Melania grew up and was educated in eastern Europe and speaks a number of languages. Her accent gives her away as someone of Eastern European roots. Her accent, which some find lovely, has also become ugly fodder for America’s late-night comedians.

Early in the 2016 campaign, Melania faced the interrogating media hounds who were bent on raising moral, ethical, and competency questions around her husband’s character and proposed policy agenda. When Mika Brzezinski at MSNBC asked her about her husband, she said, in her charming accent, “I don’t want to change him. He doesn’t want to change me.”

Brzezinski pointed out that he has been called “xenophobic” in the past. How could he reconcile that with his immigrant of a wife? “I went by the system. I went by the law,” Melania responded. “Well, do I agree with him all the time? No.” She added: “I tell him what I think. Sometimes he listens, sometimes he doesn’t.”

The Trumps are always prepared for criticism. In fact, they expect it from an openly hostile press whose hatred of Donald Trump is increasingly transferred to Melania. Melania said it first: “We have thick skin.” Thick skin is in short supply in today’s political climate, dominated by sensitive progressives.

Above all else, Melania is America’s most famous contemporary immigrant. The political Left loves immigration — but only illegal immigration — and only until they become Republicans.

In Melania Trump, we have the Model American Immigrant, one who came to America the right way and for right reasons. Still, the media continues to trash and belittle her, hardly mentioning her immigrant success story, which is a blueprint for prospective immigrants to follow.

Even more difficult, Melania Trump is the wife of Donald Trump, perhaps the most vilified president ever. While her predecessor, Michelle Obama, enjoyed constant and consistent worship from the media, such cordiality has not been extended to Melania.

From the Left, Melania is scorned as a result of her proximity to and relationship with the president. In this sense, she is a lot like Nancy Reagan, who received the brunt of disdain from President Reagan’s friends and White House staff.

But why? Why is Melania Trump under assault? The Democrats’ and media’s hatred and vilification of Donald Trump have been extended to Melania, who has never shown any interest in politics, aside from her interest in the success of her husband and her new country.

Her role as the first lady has not been complicated. When necessary, she speaks her mind, both verbally and in the selection of attire, often whipping the media into a frenzy.

She seems to prefer to keep a low key profile, focusing on issues important to her, such as drug addiction and children. One should not mistake her demeanor for weakness. She stands her ground, confronts her husband when wrong, and recognizes the cheap shots that will come her way as the first lady to one of America’s most maligned presidents.

To us, she is a new kind of role model. An immigrant role model. To be sure, Melania is not a border-hopping, law-violating, welfare-tapping immigrant. Melania Trump is a model immigrant who found her way to America through her career and became the U.S. citizen we now as the first lady of the United States of America.

We are a part of the iVoteAmerica Network, bringing voters cutting-edge conservative analysis of the political trends.

We provide candidates and campaigns with a wide range of services, including:

Want to join us?

If you're happy with BIG Government, then ignore this!

Join The Next Generation of Conservatives!
Learn More